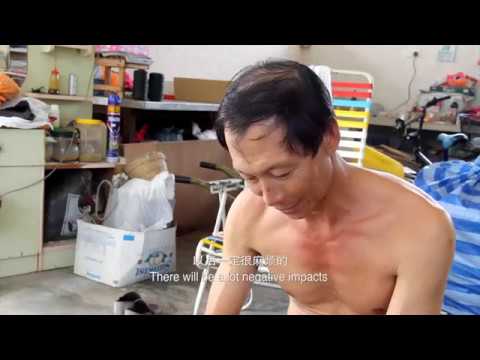 This short film aims to address the oil refinery issue at Pengerang, Malaysia.

Pengerang comprises of a few fishing villages and it is located at the south most of peninsular Malaysia. Fishing is the key source of income for majority of the villagers. Currently, the villages are undergoing demolition due to the offshore drilling and construction. Fishermen in particular, have encountered difficulties in living because of the sudden decrease of fish distribution.

The oil refinery development does not brighten the prospects of the community but generated severe negative impacts instead. Villagers are forced to leave their home ground to compromise the infrastructure construction in the future.

Being one of the natives, I want to provide the viewers with insights to the issue. Villagers devote their life to the hometown and family. The intimate conversation between father and son shows the lifestyle of a fisherman and the struggles he went through.